WARNING: This article discusses sensitive topics which may be offensive, disturbing, or otherwise unsuitable to some readers. This article contains description, mention, or first-hand account of the following: derogatory remarks, prejudice, racism, and sexual abuse. These topics are left in to accurately convey the gravity of the issues conveyed by the author.

For as long as I can remember, I’ve wanted to be accepted into an Ivy League institution. I didn’t have the guidance, influences, or resources possessed by my peers around the world, but I exhibited an insatiable hunger for more than what was expected of my demographic. This, however, was not enough. I failed to rise to that status, and I blamed myself, boiling with hatred and grief. Now, months later, I realize that my poor results weren’t entirely my fault. That outcome was written years before I was born, and I did the best that I possibly could have done with what I was given. In light of the dire global need for social distancing, I decided to release my frustrations by rewriting my CommonApp essay. This is what I would have written if I knew then what I know now:

In the majority of cases, poverty isn’t something that just happens because a person gets lazy and decides to stop working. It’s a long, generational process, and the causes can be traced back for centuries. I’m willing to bet that my bloodline was always that of the impoverished. Perhaps, that’s why it was so easy for them to get sold to the Europeans. They were as good as dust, and their only usefulness was the effort they could put forth in the names of others.

The waves left by those ships flowed on for ages, rippling even into my life. My ancestors were enslaved. If the argument of nature versus nurture holds true in regard to heredity, then the great fear of taking risks and fighting for the greater good weighed on my bloodline even then. Their affinity for philosophical mental drowning passed on through each generation, firmly establishing its heritability. They were psychological slaves, even after the war ended, when they no longer needed to be bound. When Dr. King marched for the equality of all Americans, they hid in the shadows- shackled by fear and enslaved by anxiety.

Today, as I write this essay, it has dawned on me that we are slaves even now. Most of my family still resides in the same general area that my great-grandfather Joseph Holmes was whipped. We still cook scraps, and are expected to consume every crumb. Growing up, my mother told me to keep my head down to avoid the snare of the masters’ glare, the white gaze that could shatter our entire futures in an instant. By the religion we were forced to adopt, we are trapped in an endless cycle of wanting and never having, yearning and always failing to rise above the salty waves that have drowned us tirelessly.

I am a slave too, and as can be expected, slaves don’t get childhoods. “Walk like a man”, “Talk like you’re black”, “Remember that you’re a peasant and that your life is nothing more than your ability to be a servant.” Slavery is more than a socioeconomic institution. It’s a culture passed on from mother to son, from father to daughter, and from Hell to Earth. It’s an expectation that we simply accept what has happened and move on as if the past never existed.

My people spent centuries acting as other people’s property. We lost our previous heritages: languages, foods, and religions. Instead, we were rewarded in the form of rape, murder, and the deprivement of knowledge. For a century after, we were still treated as less-than human. Then, we were all suddenly supposed to unlearn our social conditioning. However, our struggle became our culture. It’s all a part of us now, especially in the rural south. I’ve had to face it all within myself, while also enduring the external toxic expectations of my resistant family members and institutional prejudice within my academic environment.

This pain is not something that can just be forgotten because the world in which we reside has never allowed us to forget. We suffer from every slight- every cruel, sly remark. We are hurt by the popularized notion that we aren’t intelligent, wise, successful, or respectable unless we abandon our culture and ignore the truth. We’re spiritually maimed by the monumental shrines that were specifically built to glorify our oppressors. Even today, we pay for the sins that our forefathers never committed.

So, why are so many black people still impoverished? Because we never ceased being slaves to the stereotypical and hypocritical labels that have been placed upon us for centuries. As idiotic as it may sound to the unsuspecting spectator, my life’s goal is to abolish slavery. Only through both empathy and status will the epigenetic chains that trap incredibly poor African Americans beneath the impregnable glass ceiling finally shatter into a thousand lonesome links. 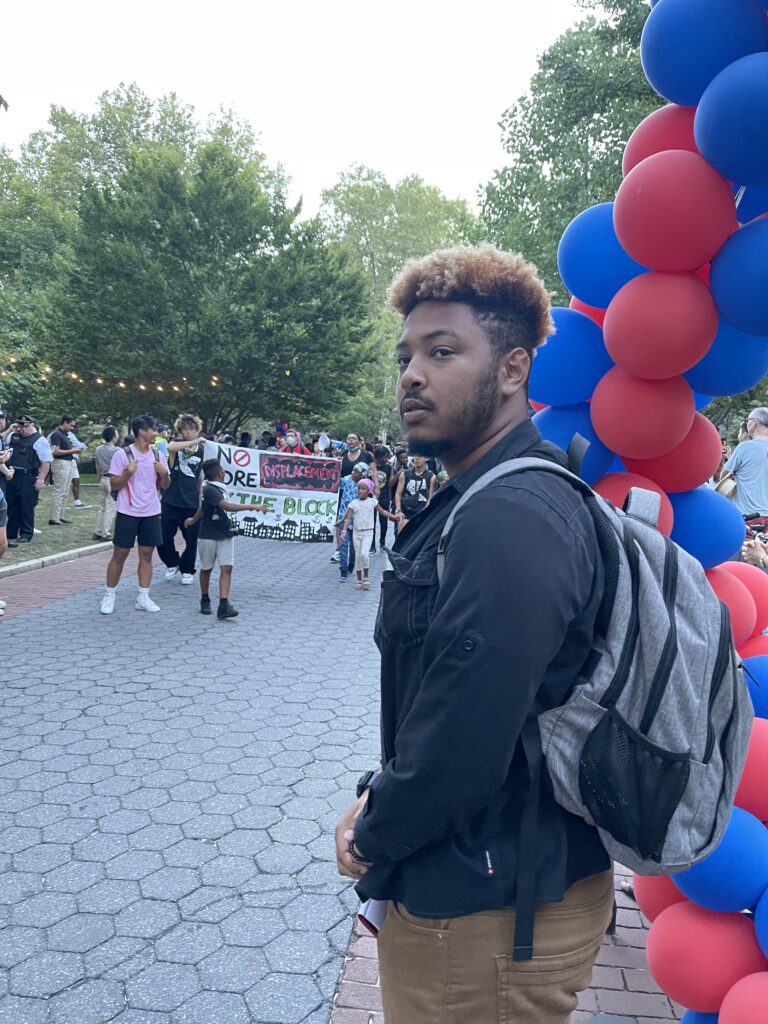