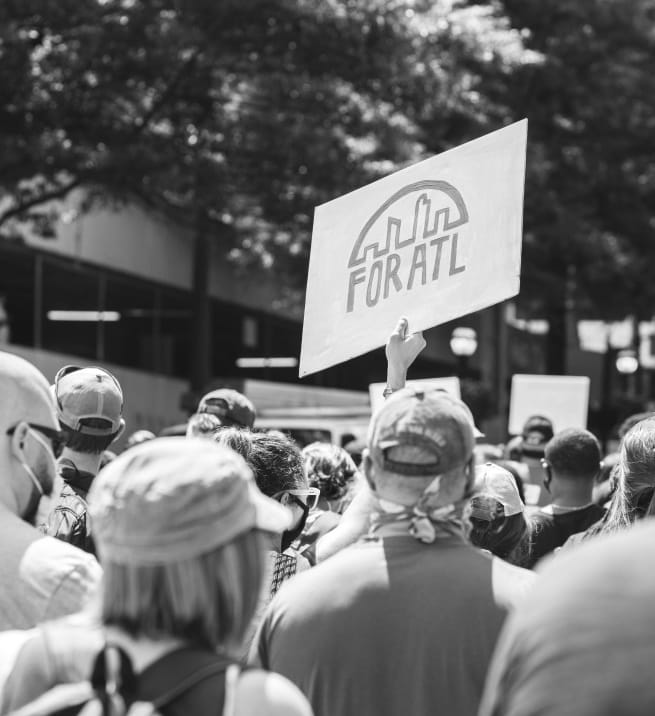 The Discussion Disparity: Nearly 50% of White and Hispanic people responded that they ‘rarely’ or ‘never’ talked about race relations with family and friends. 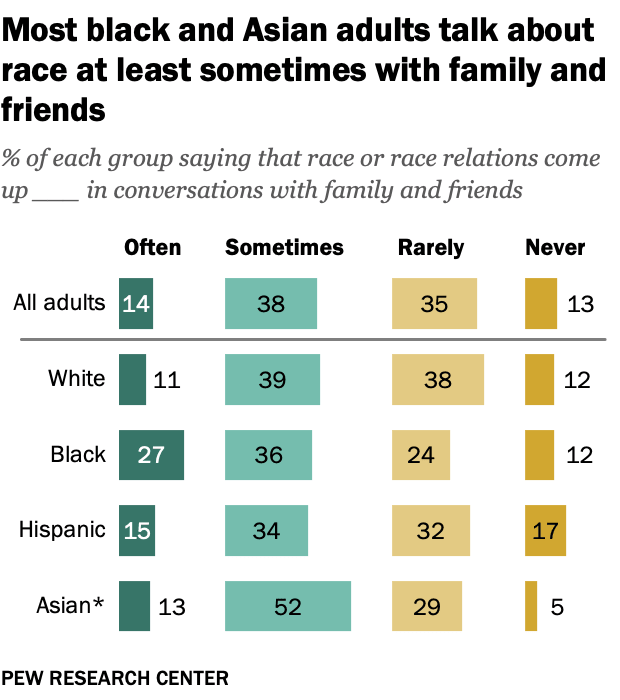 As an organization, our main goal is to provide accessible and interactive diversity, equity, and inclusion (DEI) education to the general public, especially to our nation’s youth. With our primary project, which is currently still in development, we will conduct free, engaging DEI workshops for teenage and young adult audiences, in consultation with DEI experts. Click here if your institution or organization would like to host a divulge workshop in the future or if you wish to have divulge involved in a speaking event.

Ending the Divide is a series of discussions between people of diverse ethnic and cultural backgrounds, focused on increasing dialogue between groups who may not interact often. Distinguished Figures are interviews with activists, politicians, and academics who are passionate about pursuing allyship and social change. This series is also available as a podcast on Spotify and other platforms. Cofounder Convo is a YouTube series where cofounders Timethius and Ron tackle trending diversity-related topics in pop-culture and politics.

We wish to provide a space for literary expression free of prescriptive grammar rules and overly-formal structure. Our blog is open to anyone who wishes to share their experiences, interests, and opinions in a less-direct fashion. Click here to take a look at our blog and here to submit your own article for publication.

Why We Do It

In the year 2020, the outbreak of COVID-19 exacerbated anti-Asian sentiments and hate crimes. At the same time, the death of several black citizens, followed by protests against police brutality and racial injustice, forced many of this nation’s citizens and institutions to finally address its major flaws. However, despite the rallying of many communities to fight injustice, there was an increase in tensions, between communities of color. We also saw a surge in performative activism— people using social media to give the appearance of allyship without doing the necessary internal work. If systems of oppression are to be overthrown, these issues must be addressed. Only then will all communities be able to completely unify and fight for justice, freedom, and equity.

It started with a debate in the comments of an “Embracing Black Culture” Instagram post. The clip came from a McDonald’s in China, where owners banned people of African descent, fearing that they carried COVID-19. People flooded the comments, generalizing and berating all East Asian people. Timethius expressed his concerns at this, only to be contradicted by other commenters. They saw his argument as offensive to fellow black people; he thought their perspectives to be one-sided. They debated for hours. It ended abruptly, with no one willing to learn from the other—to truly listen. Thus, the conflict persisted, though we were silent. Afterwards, he told Ron about this incident. Realizing that it is impossible to promote allyship without respectful dialogue, they recruited people of African and East Asian descent and hosted a panel to discuss the inter-community conflicts.

This panel became the first video we produced as the Co-Founders of ‘divulge’. We met via Zoom, with Timethius serving as the facilitator. Toward the end of the discussion, one panelist said something that has stuck with us ever since: “Discomfort is a part of growth”. Since this conversation, we have spent each day seeking discomfort, hoping to learn more about ourselves and the people around us. In summary, that is why we founded ‘divulge’— to help people more-readily seek discomfort, inevitably creating more widespread intercultural unity.